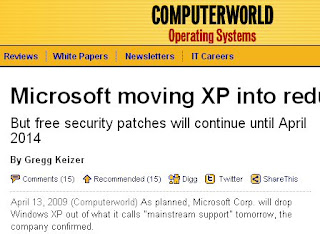 The story includes a link to a July 2007 [sic] Computerworld article, "How to make Windows XP last for the next seven years."